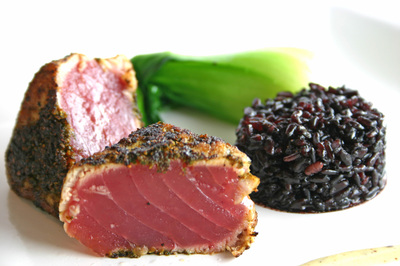 Went to the launch party for Bloom magazine last night at tutto bene. Bloom is a new (and free!) culture/lifestyle magazine “celebrating life in Bloomington" and it is fabulous – beautiful, glossy, and exciting. Bloom showcases the brilliantly artistic, the quirky, the plucky and compassionate, the quaint and funny in our town – attributes of life in Bloomington that I, at least, sometimes forget to appreciate as I trudge through my days.

The editor and publisher of the magazine is a guy named Malcolm Abrams, a Canadian who spent years working as a journalist in NYC – including a stint for Murdoch and one as editor of SpaFinder magazine. Malcolm was ready to leave New York --  said he felt he was growing old there which as an ex-New Yorker myself I can understand. New York uses you up more quickly than other places – stamps an earlier sell-by date on your forehead – and there is something rejuvenating about starting over somewhere else.

Anyway, Malcolm visited Bloomington,  fell for the town, and moved right in -- bought a house, adopted a dog and already knows more people here than I have managed to meet in over 30 years. And then, doing what comes naturally to him, he immediately started putting together a magazine.

I came into the story when he contacted me about doing some food writing for him. Though I love my teaching job at IU, I have gotten a tremendous kick out of writing my food column for the HT and doing various other freelance food stuff. Bloom promised another outlet for that and I told him that as long as it was fun he could count me in.

Well, it’s been a blast. Since the HT saw a conflict in my writing for them as well as for Bloom, I ended up with extra time on my hands this summer and took on more at the magazine than I planned. In addition to the feature and food notes I had committed to, I wrote a column, did some food photography and helped put together the dining section. Fun, fun, fun.

Bloomington has more than its share of extraordinarily talented folks hanging around – partly because the quality of life draws them, partly because of I.U., partly because of our perfect and temperate climate (well, maybe that’s not why.) Malcolm has tapped that talent pool and put it to excellent use.

You know, sometimes it takes someone from the outside to come in and remind you of what is so great about the place where you live. A good city magazine holds up a mirror of what it is like to live there, and Bloom reflects the vibrant, charming city that Malcolm Abrams fell in love with. Reading the magazine reminds me of why I have always loved it here too.

P.S.  The photo is of Restaurant Tallent's charmoula tuna with black rice, baby bok choy and barigoule vinaigrette, from a piece on tasting menus on p. 12 of this month's Bloom.  Yum!

Any idea how can I subscribe to Bloom Magazine? My daughter lives in Bloomington and I go there fairly often and would like to read about restaurants and housing.
Thanks for any info.
Mark Faith

Absolutely. The magazine is free in Bloomington, but if you want a subscription you can email Malcolm at editor@magbloom.com and he’ll help you out. In the meantime, if you need restaurant info, just holler and I’ll try to help.