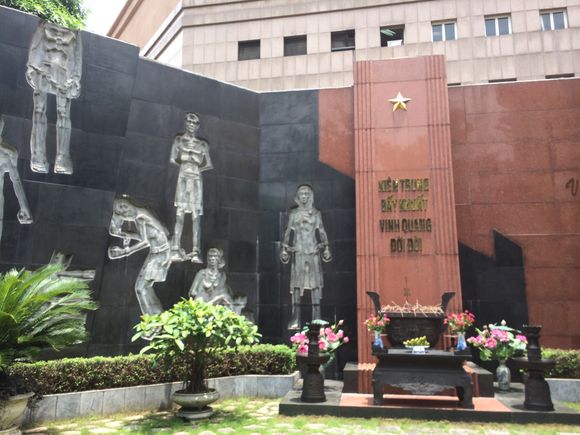 Today we head out to Ha Long Bay. A little late in reporting yesterday's food adventures because truth to tell, there weren't any.

Got up way early (hello World Cup, on at 3 am Hanoi time) and had breakfast with the slow-rising tour group. Breakfast was fine. Jer had another fantastic pho and I had miso soup and a bunch of pastry and fruit. Not my finest moment. Jet lag jumbles my hunger signals.

When the group of 47 finally got its act together we left en masse, walking, to a water puppet show. On the way I remembered that I have hated group activities since kindergarten and once we were there I discovered that I also hate water puppet shows. The musicians singing and playing instruments in the shadows with reflections of light on their faces were truly beautiful. Wooden toys bobbing around in a kind of dank pool, not so much. Other people enjoyed it though, so just put me in the curmudgeon column and let's move on.

We left the puppet theater (thank you God!) and got into rickshaws. Every single one of the 47 of us into 47 rickshaws. The better to pretend I was not in a group activity, I hopped into the first one and away we went. Keep in mind it is excruciatingly hot and humid in Hanoi right now. I tried to pretend some poor guy wasn't propelling my weight through the insanely crowded streets and sat back for the ride.

The main method of transport in these parts is motorbike. Whole families will hop aboard a single bike and go roaring off, and really, the whole thing has a random crazy feel. Our tour manager says crosswalks are just there for symbolic purposes and that's about right. The way you cross the street is to step out and walk at a steady pace, slow enough that all the motorbikes have time to take evasive action and miss you. Barely.

In this sense, the rickshaws are like pedestrians, with wheels. They just go on their way and bikes whiz by in all directions and somehow no one hits you.

It was kind of fun. In fact, I didn't know it at the time but it was the highpoint of my day. Which says something.

Our destination was the former prison nicknamed the Hanoi Hilton where John McCain spent something like 6 years of his life. Before that it was a French prison for the incarceration, torture and murder of Vietnamese who didn't like the French taking over and exploiting their country. There were small rooms that held 300 dysentery-wracked prisoners at a time, shackled at the ankles to hard benches. A guillotine (imported!) graced another room, one of several, apparently.

I know history is never neutral and everyone who tells it has an agenda of sorts. I don't care. That human beings did these things to each other and continue to do them today makes a mockery of the idea that all our fancy ideas of democracy and our symphonies and old masters and iPhones and haute cuisine make us "civilized." We are til we aren't, and I am afraid that's as good as we get.

So I was in a pretty frivolous mood after that. Skipped the last few rooms of the prison. Was so hot I was almost nauseous and felt ashamed of my inclination to whine about it given the agony those walls had seen. Got back to my air conditioned coach, drove to my air conditioned 5 star hotel, and took a nap.

Woke up feeling worse. Went to our tour briefing and decided to skip the afternoon trip to view the outside of Ho Chi Minh's mausoleum, fun as that sounded. Jer and I took off solo (yay, no group!) to explore the old town. It was fascinating. Road devoted exclusively to shoe shops, automobile repairs, clothing or food stores, all crammed higgledy piggledy into a warren of ancient streets. Motorbikes zipping everywhere. Noise bouncing off every surface and the constant, overwhelming humid heat.

It was fascinating but I was hot to the edge of nausea. When we finally made it back to the hotel I sat in a tub of cold water until my body temp regulated, then crawled into bed. That was about 4 pm. I slept through our dinner reservations, through turn-down service, through everything until Jer got up at 3 am again, to watch the World Cup.

I feel fine now, except for a man's-inhumanity-to-man hangover. Bags have to be outside our room in an hour. Time to hop into the shower. 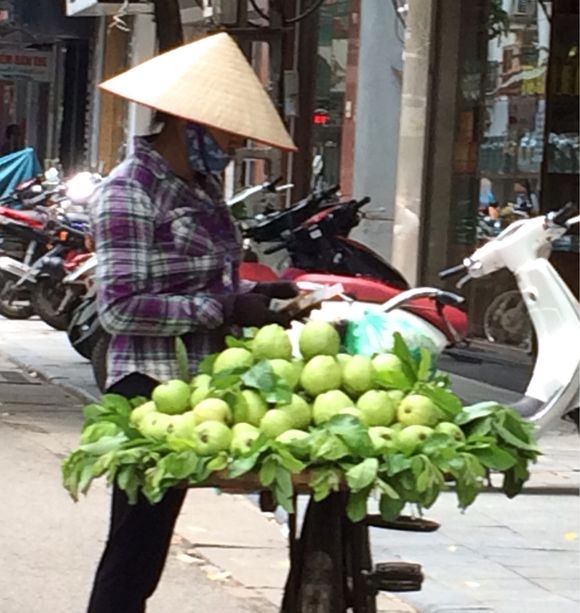 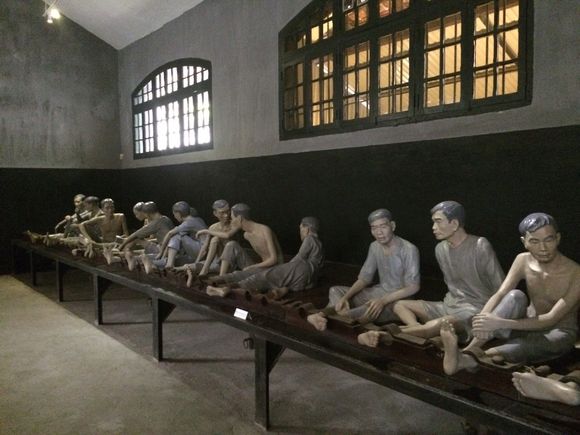 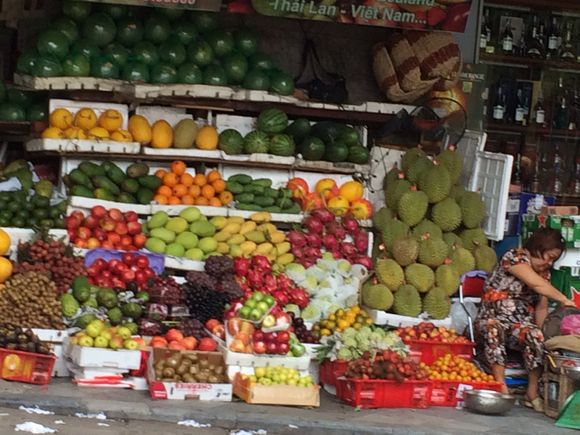 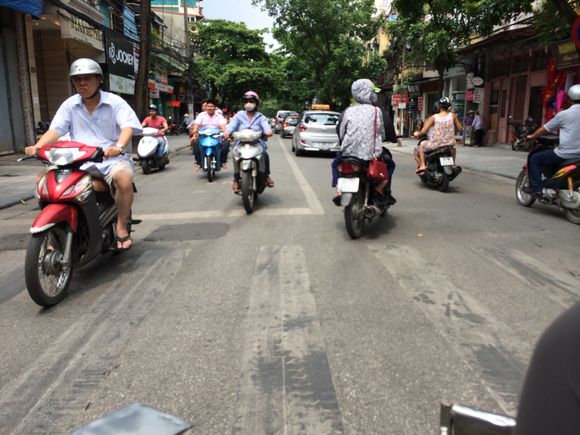 I am thoroughly enjoying these recent posts, especially of Hanoi and environs. I was one of the millions of teenagers who watched the horror of the Vietnam Nam war from the safety of our television. I lost two classmates who were drafted from our small town and several older boys who I didn't know well. Your words take be back and your photos bring me forward; a juxtaposition that is not uncomfortable. Thank you for sharing your travels here on your blog. I am looking forward to more.