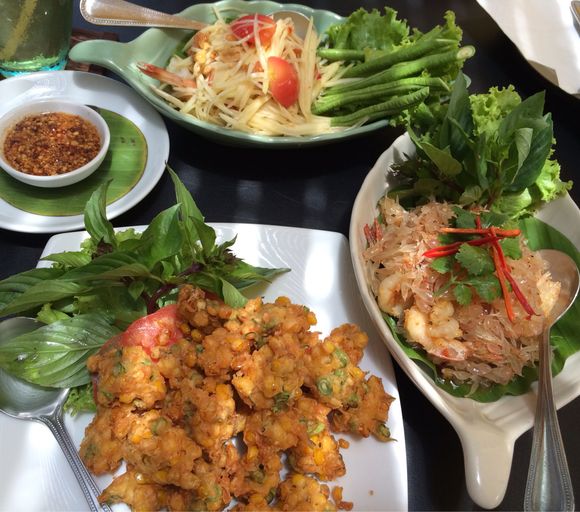 Everyone in Saigon still calls it "Saigon." So much more melodic and fitting than the clunky "Ho Chi Minh City."

You can really tell the French had a hand in this place. Wide boulevards, lots of green space -- an open and pretty city filled incongruously with billions and billions of crazed and overloaded motorbikes. (Really, it feels like billions.) Quite an experience.

We are tired at the point of the trip so we spent our time in the city shopping more than learning. By now we are almost numb to the details of the war, if that is possible. We saw Reunification Hall, heard the story from a South Vietnamese perspective of the American effort to disentangle itself from the conflict it had long supported, and learned about the
double whammy of becoming a suddenly socialist economy while suffering the withdrawal of the huge numbers of dollars the American soldiers spent on a daily basis. It was devastating. I am fascinated by the fact that these guys don't hate us.

We did do some excellent shopping here (doing our bit to put American dollars back into the economy. 😏) and had a couple of great meals with good new friends we made on the cruise.

Two nights ago we went to the Deck, just out of the central city, and sat by the Saigon River sheltered (mostly) from the rain. Had some great lemongrass-crusted tofu and fabulous spicy eggplant (!) on steamed rice. OUTSTANDING lime trickle cake with mascarpone. Why have I never heard of trickle cake before??

Last night we went around the corner of the Sheraton to a truly fantastic place called Xu. Kind of an old meets new Vietnam cuisine it was just delicious -- probably the best meal of the whole trip.

I started with first class vegetable spring rolls -- crisp and intriguingly spiced with a wonderful shredded vegetable salad. Jerry had a trio of spring rolls -- I only tasted the prawns, but yum! For an entree I had chili prawns on papaya pomelo salad -- an even better version of the Thai dish I had a couple of weeks ago. Sweet, citrusy and very spicy. Jer had pork belly braised in coconut milk (seriously!) and our friend Phyllis had chunks of sea bass skewered on lemongrass. All fab. Desert was tiny bites for a dollar or so served in Chinese spoons. Skipped the durian tiramisu.

At the end the maître d' came by with some small cubes of puffed rice that had been cooled in liquid nitrogen. He gave one to Jerry, had him warm it briefly in his hands and pop it into his mouth and chew. Immediately what appeared to be smoke poured out his nostrils -- he looked like a totally startled dragon. We all tried it and it was a hoot. Not at all tasty but very fun.

Said goodbye to our cruise friends last night (funny how you can connect with people over the course of a couple of weeks!) and got up early this morning for our flight to Bangkok.

Arrived starving. Had lunch at a small, homely cafe around the corner from the Sheraton we are staying at on the river. Honestly, this little place was nothing special or fancy and the food was LOVELY. We split some corn fritters that were crunchy and corny and not greasy at all. I had a spicy prawn and pomelo salad that was amazing. Sticky sweet and hot as fire, full of fresh herbs and tangy citrus. How do they do that? I have had a version of that salad four times now on this trip (counting last night) -- each exquisite in its own way. Where am I going to get pomelos at home?

Jerry had a really good green papaya salad with prawns, and then we had curry -- mussamen beef for him, green tofu for me. It should come as a surprise to no one that we waddled back to the hotel and crashed. Thinking dinner might be something VERY light from room service.

One more day left of this amazing trip. 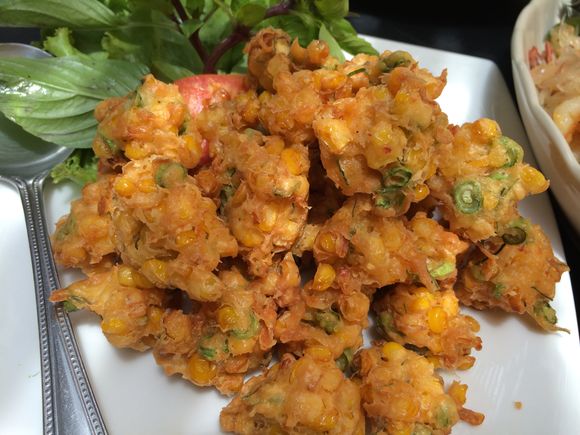 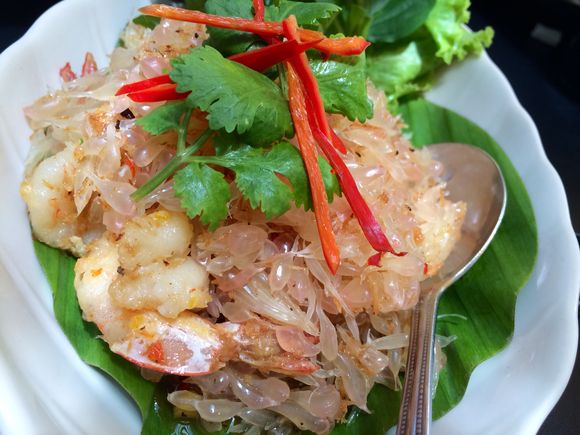 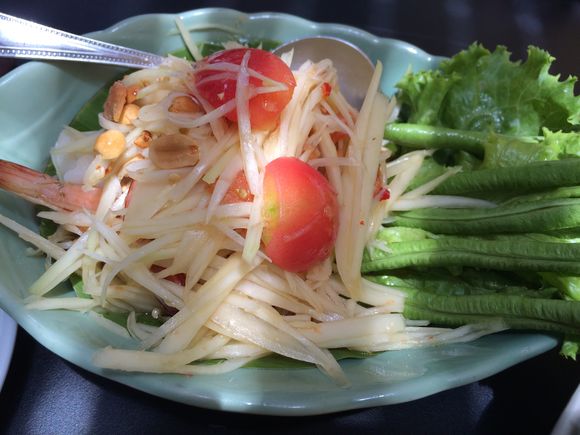 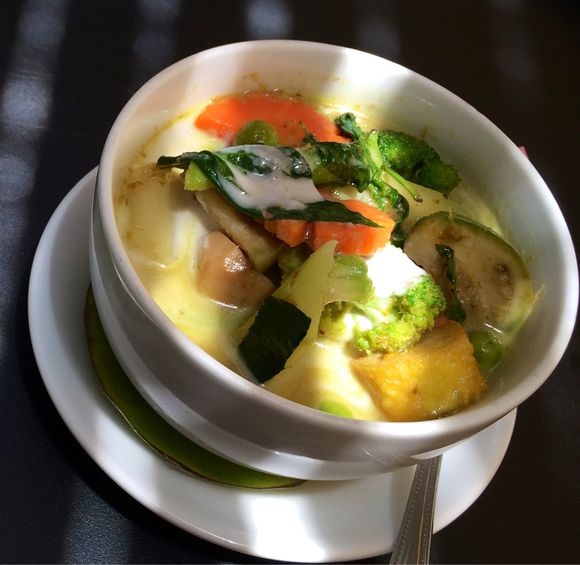 Beautiful photos! Love the pomelo, and aren't they incredibly fragrant?

Hope you have a safe and uneventful trip home.