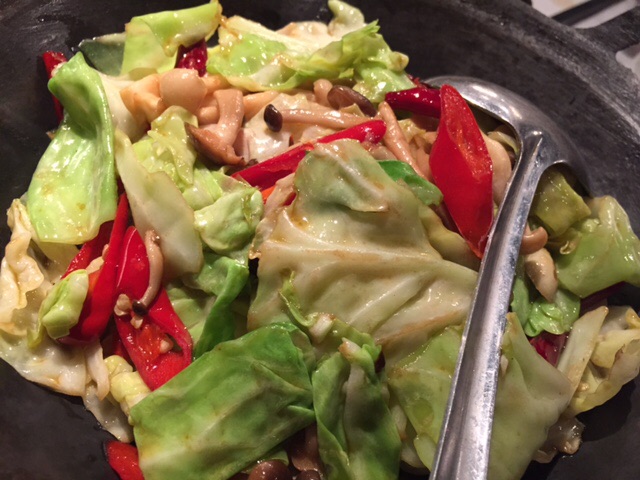 It is one loooonnngg flight from Chicago to Shanghai -- more than 14 hours. And since we essentially fly with the sun, it never gets dark. We step into a time machine at noon on July 28 and step off an hour and 40 minutes later, on July 29. A day gone, with an eternity sitting in a darkened cabin in between.

So we are here and the Hotel PuLi is a tranquil oasis is a bustling city. But I have to say, the portions of the city we have seen so far are lovely. New York and Paris combined, on steroids, and much of it brand spanking new. The energy is impressive. And we have only seen the upscale blocks around the hotel. Hope we get a peak at the industrial heart.

Got in late enough that we had time to shower, bathe, and catch our breaths before dinner at a Hunanese place a couple of blocks stroll away, recommended by the hotel. 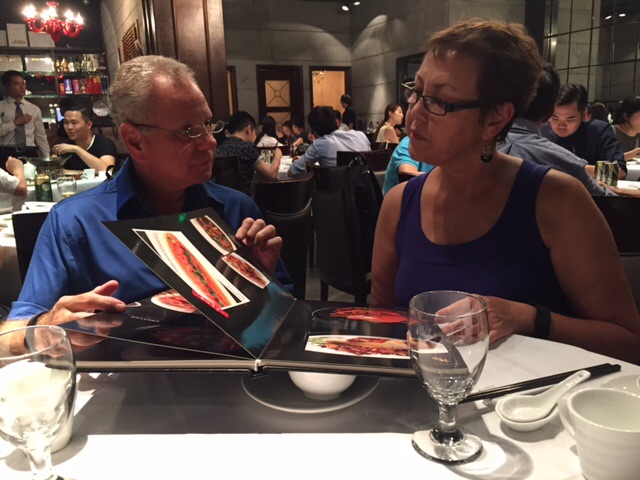 Score! Guyi Hunan was a perfect choice. We were just about the only westerners in there which was an excellent sign. Also they spoke zero English, another excellent, if inconvenient, indication that we were in the right place. 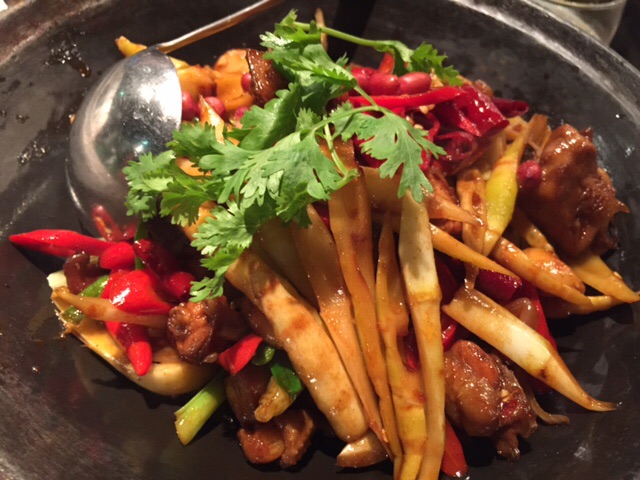 Initial service took a while. I think they were drawing straws to see who would be stuck with us. But once we ordered the food appeared on the table as if dispatched by magic wand. 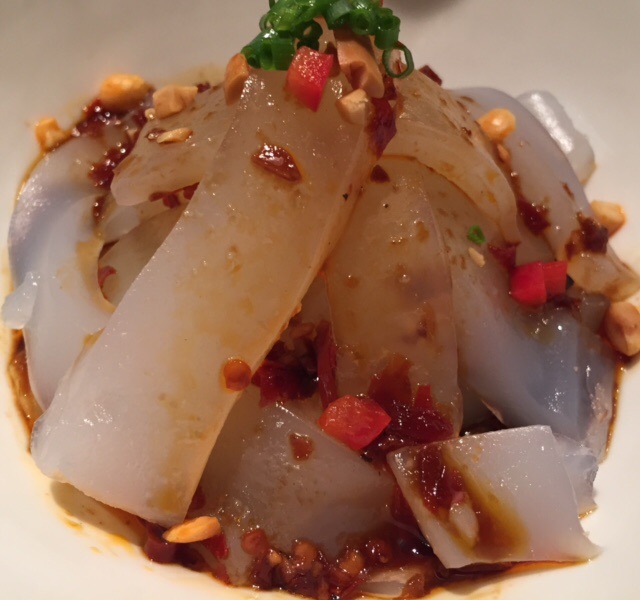 And it was fabulous. The first to arrive was the only thing we didn't love. Sweet and sour vermicelli was the least vermicelli thing I have ever seen. Thick strips of dense chilled rice noodle -- too heavy to be penetrated by the otherwise very good chili oil it was bathed in -- so that each bite was icy cold, gelatinous, chewy and spicy hot. Not a good combo. 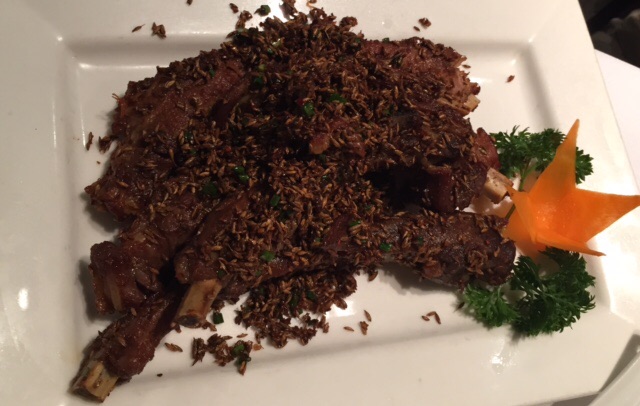 BUT -- everything else was fab. Cold roast eggplant in chili oil, brought to the table in a mortar and crushed to release the chili heat. A plate of green onion pies -- fantastic light and crispy versions of the doughy scallion pancake we can find at home. A wok pot of vegetables filled with crunchy cabbage, exotic mushrooms, tofu skins, and hot, hot red chilies. Zowie! 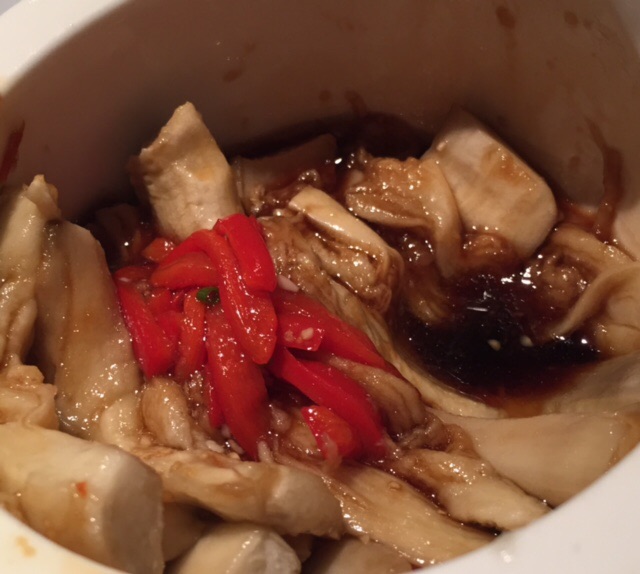 The meat eaters had some cumin crusted pork ribs for which the place is famous. They weren't pretty but we didn't have to look at them long -- they disappeared in a flash. A wok pot of chicken and honest to goodness fresh and crisp bamboo shoots. None of that canned watery crap that shows up at home. A dish of duck with Chinese long beans and scallion. And a homey rice dish with chopped veg and preserved pork. 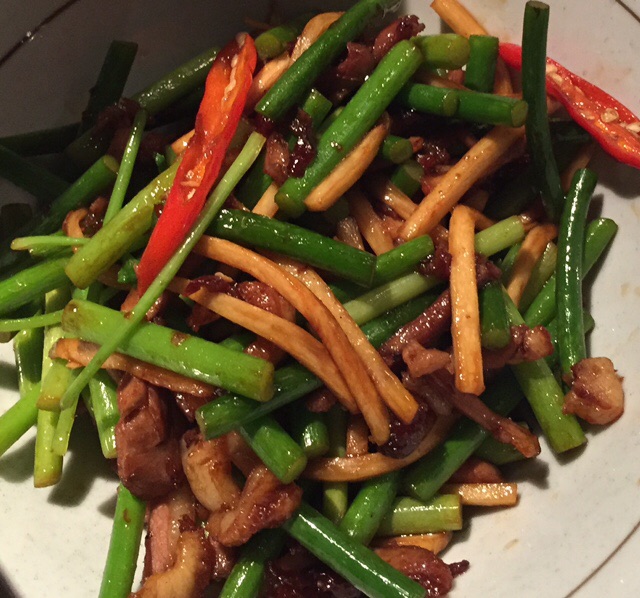 All of it was spicy hot, subtle, and complex. Really good. Not, as one our friends pointed out, the kind of throw away first night meal you have in a new city before you know what you are really doing. Plus it was less than 100 bucks for all that food, three GIANT BEERS and a large Pellegrino for me!

Kudos to the PuLi concierge for the rec and kudos to us for having the good sense to ask.

Then a short humid stroll back to the hotel and, for me, anyway, a satisfying but brief sleep before waking up at 3 am. This morning at 9 we are met by a guide and a driver for a day of touring, starting with dumplings for breakfast. Yay!

I left you an email on your indiana.edu account, but I'm not sure if you're still a faculty member.

Have fun in Shanghai!